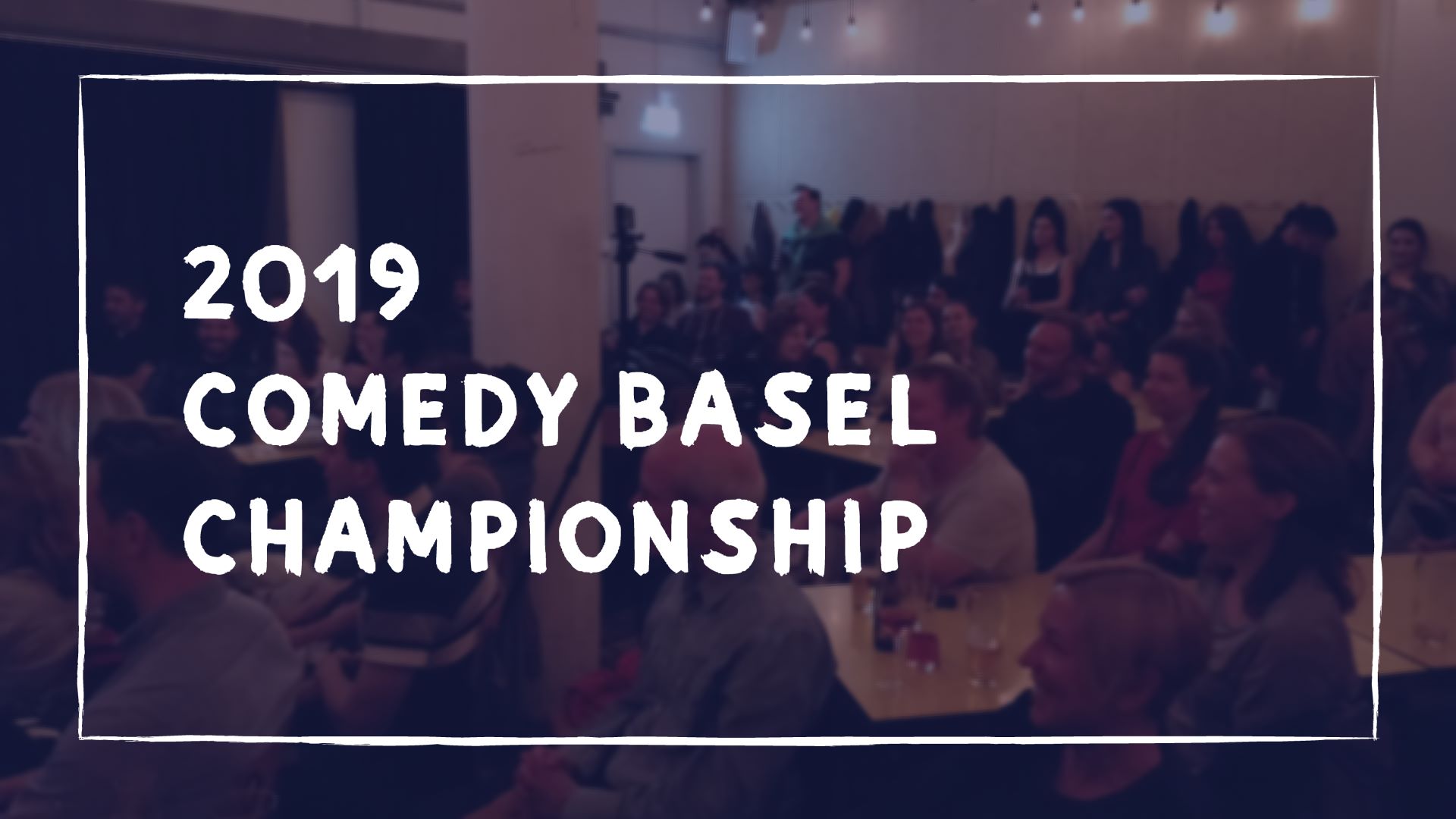 Format
Eight comedians will compete for cash prizes totaling CHF 150. The evening will begin with two qualifying heats. In each heat, four comedians will each do a 4-minute set. From each of the two heats, two comedians will advance to the final. After the break each of our four finalists will do another 4-minute set. The winner will be crowned the 2019 Comedy Basel Champion!

Compete!
Do you want to compete in front of a supportive, international audience? Just request a spot in the Discussion section of the Facebook event. The selected contestants will be announced at a later date. Eligible to apply are comedians who have performed at one of Comedy Basel’s shows in 2019: Comedy Open Mic at KLARA, Comedy Lab or Corner Comedy.

This show will be entirely in English.