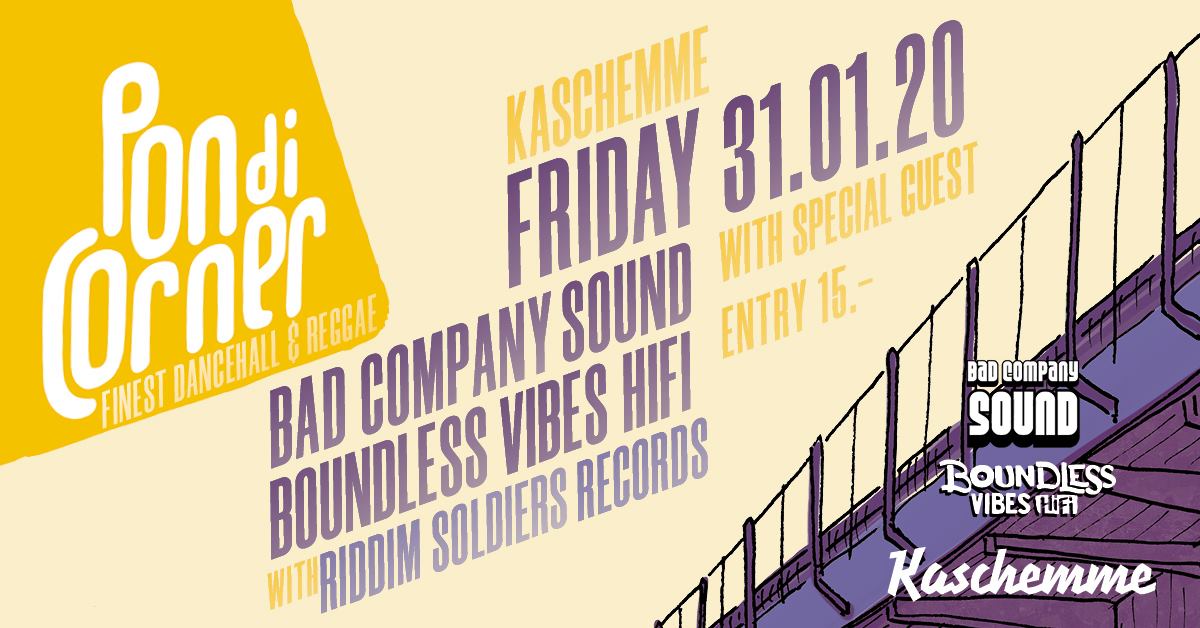 We're more than happy to announce that on the 31st of january, the big, bad Riddim Soldiers Records are going to return to the musical crime scene! After an absence from the dancehall of almost 4 years they're going to step back on stage to mash up Kaschemme!

After being founded by Niro Dubs RiddimSoldiers and Stoner RiddimSoldiers Bloodarun back in 2013 and having worked with big sounds and artists (jugglerz, supertuff, spice, charly black, just to name a few) the soldiers started producing their own music in 2015. Riddim Soldiers Records published a number of wicked riddims (swiss cheese, swiss army knife etc.) with renowned artists like Vershon, Tiana, Kalado, Delly Ranx, Chuck Fenda and more! In 2016, Riddim Soldiers joined forces with zurichs Blood A Run (big up!) and have unfortunately stopped juggling for the people in the dancehall.

So we're really looking forward to see that change at the next pon di corner!