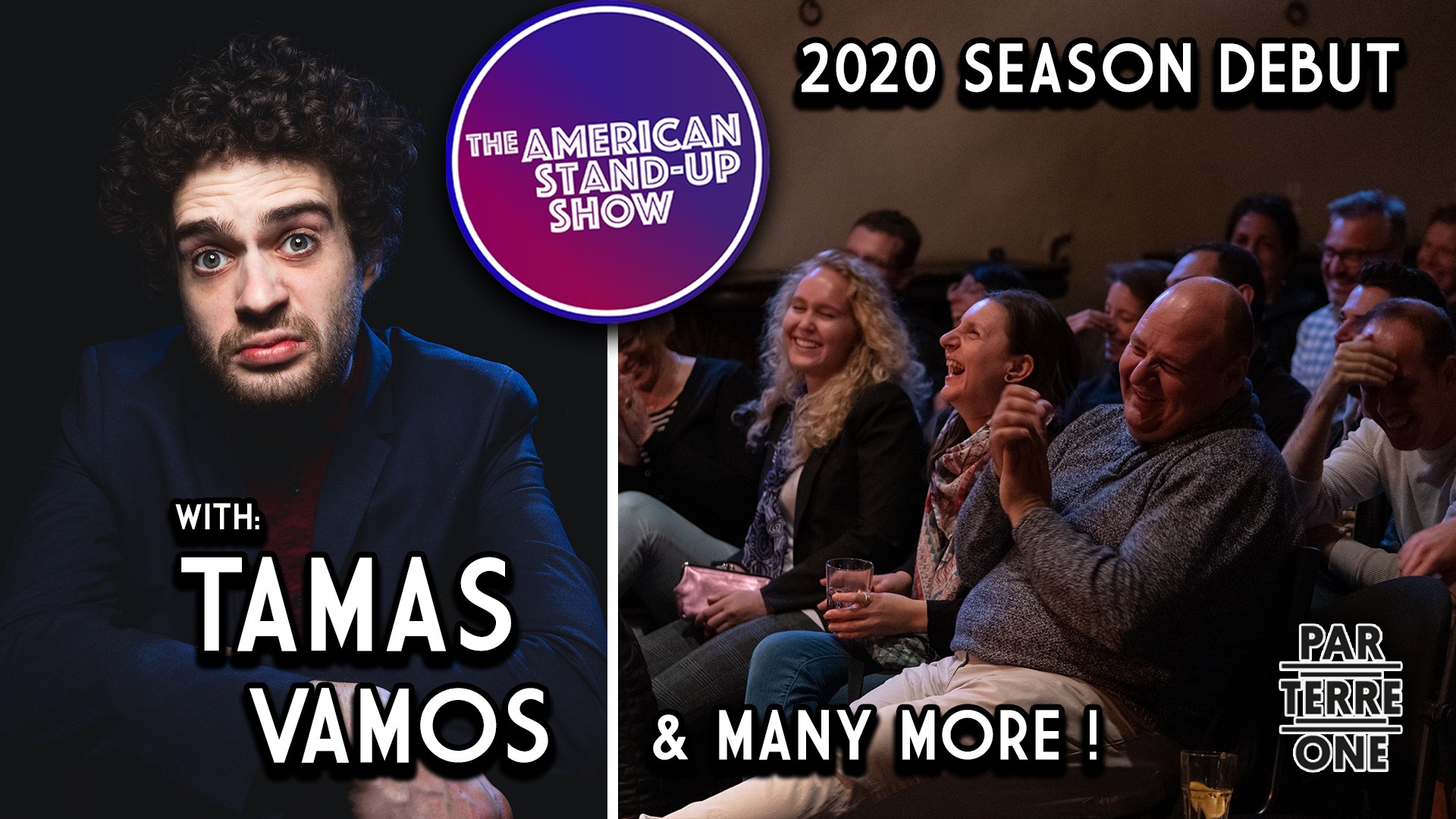 The American Standup Show Basel is back with its 2020 Season Debut, featuring a brand new lineup of amazing Comedy! This time with special guest: Tamas Vamos!

Tamas is a half Hungarian, half South - African all round great guy who first tried doing stand up comedy in 2014 in Vienna as a "laugh" but having years of experience in improvisation as well as acting in theaters and small movies,he quickly got addicted and fell in love with the stage light (once again). His storytelling style comedy is balanced perfectly with unexpected hard hitting punch lines, (very) dark humor and political incorrectness. He became one of the main pillars of the Vienna English comedy scene, he is the founder of the Stand Up Comedy - Theater play the "Jewslim show - when a Jew and a Muslim join forces to make you laugh". Tamas has performed at theater BOOM Chicago in Amsterdam last year as a Stand-up and improv act.

In his free time Tamas is touring Europe with his solo show. Which he premiered at the Brighton Fringe in 2019 and has performed to sold out crowds in Austria, The Netherlands, Germany, The Czech Republic,Hungary, Slovakia, Belgium, the UK, Georgia and Poland.

As always we will also feature a mix of our loveable & hilarious local comedians! Come on down to Parterre One Music for an evening of hilarity, drinking and great comedy! Tickets are cheaper on early bird, until 4 days before the event!

Parterre One Music
Klybeckstrasse 1b, 4057 Basel