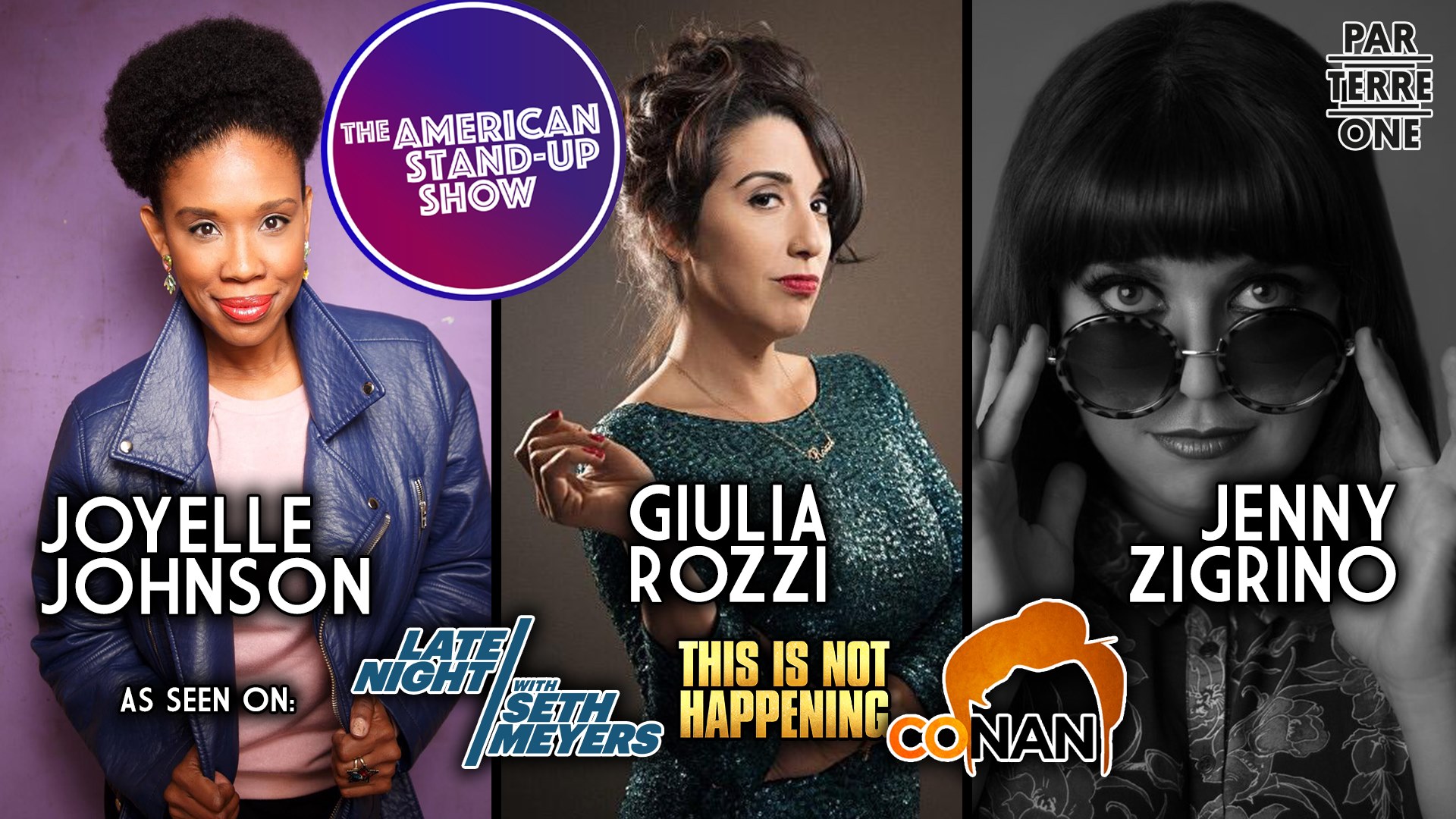 The American Standup Show Basel Season Debut! We are kicking our season off with our best show yet! THREE Headliners: ALL high caliber, wildly successful & amazingly hilarious American Comics!

As seen on: CONAN // LATE NIGHT with SETH MEYERS // NETFLIX// HBO // COMEDY CENTRAL // THIS IS NOT HAPPENING

BROADS ABROAD is a touring comedy show featuring amazing female headliners from around the United States. Their brand of witty, hilarious, No BS, and honest comedy makes these women some of the best working comics today.

JENNY ZIGRINO
With the sweetness of the Midwest and the iron balls of the East Coast, Jenny Zigrino is a comedian that packs a punch of truly original humor. She's charmed audiences across the country with her keen wit, observations, embarrassing anecdotes, and brilliantly honest for a compelling performance you can't ignore. She made her late night standup debut on Conan O'Brien and keeps going back for a total of three appearances

JOYELLE JOHNSON
Joyelle Nicole Johnson is a Brooklyn based stand up comedian, writer and actress. She can be seen on the final season of HBO’s Crashing and is currently the warm up comic for Hasan Minhaj’s Patriot Act on NETFLIX. Joyelle made her network TV debut last year on Late Night with Seth Meyers & most recently wrote for the final season of Broad City.

GIULIA ROZZI
A comedian, writer and actress that was raised in Boston by two adorable Italian immigrants that let her watch Benny Hill when she was three. She's been seen on Chelsea Lately, Comedy Central's This Is Not Happening, Starz, TBS, TruTV, TV Land, Lifetime and VH1. A relatable storyteller, her very personal and honest humor has earned her the honor of being a TEDx speaker, a Moth GrandSLAM champion and her album True Love was named one of SiriusXM Comedy's top albums of 2016.

Come on down to Parterre One Music for an evening of hilarity, drinking and great comedy!

Parterre One Music
Klybeckstrasse 1b, 4057 Basel